Anyone hungry for some finger lickin’ lemon chicken legs? (say that five times fast!)  I know my boys were the other night at 5pm when dinner was looming and I had no idea what to make.  I asked what they wanted and was greeted with a chanting chorus of Chick-en!  Chick-en!  They love these legs and Nick even proclaims them one of his all time favorite meals.

Chicken legs are a great “fast” dinner for those nights when you don’t feel like putting a lot of work into cooking.  And not only are they fast, but they’re cheap as well.  I’ve had to start cooking a double batch of legs for one meal because my boys love them so much that they each want two (I’m terrified of how many I’ll have to cook when they hit the teenage years) and even cooking 10-12, I still stay under $4 for the meat.  Not bad for a family of five if you ask me.

Here’s what you’ll need in order to cook these beauties up (don’t mind the extra legs, I doubled the recipe to make enough for my hungry family of boys): 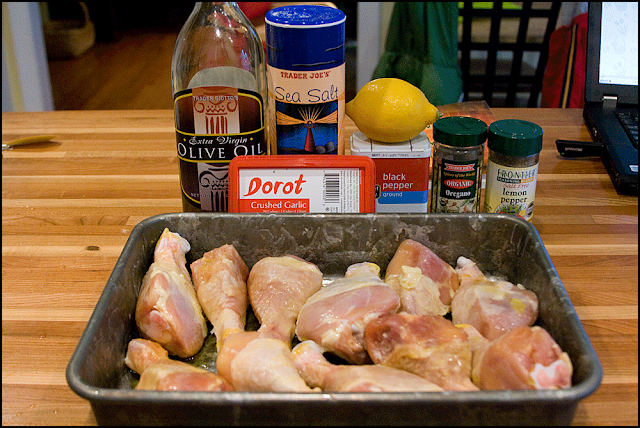 The Juice and Zest of 1 Lemon
2 tsp of Dried Oregano
2 tsp of Lemon Pepper
3 Garlic Cloves, minced
1 Tbsp of Olive Oil
1/4 tsp of Salt
1/4 tsp of Ground Pepper
6 Chicken Legs
Preheat your oven to 425 degrees.  In the baking pan, add the lemon juice and zest, the oregano, lemon pepper, garlic, olive oil, salt and pepper.  Mix it up and then put your legs into the dish, making sure to coat the legs well with the mixture.  Here’s what they’ll look like: 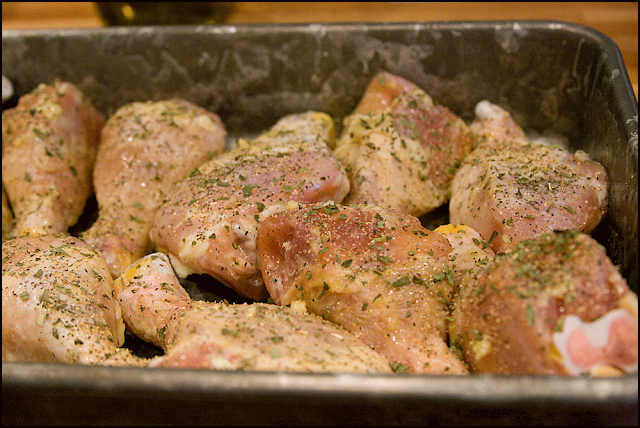 Now, pop them in the oven for about 40 minutes, turning over once about halfway through.  The chicken is done when the juices run clear.  And it’s as simple as that.  Here’s the final meal.  I served it up with some sugar snap peas and lemony chicken rice. 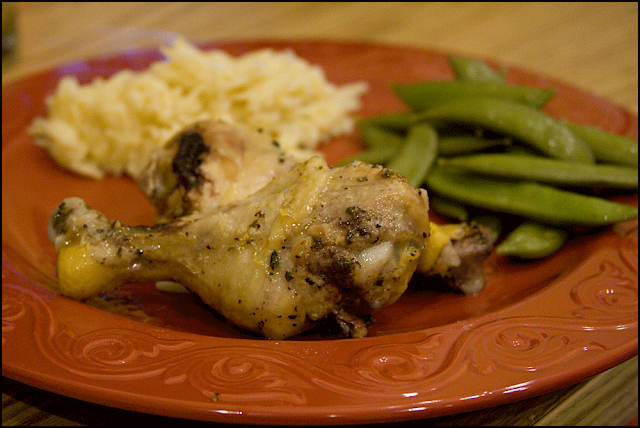 17 Bean White Chicken Chili
« Breakfast for Dinner Anyone?
This is not your mama’s rice a roni »